Do you feel like shortening the long winter with an invigorating trip. We have put together some inspirations for cozy ‘hygge’ destinations to consider for a colourful autumn getaway, a Christmas weekend trip to get into the spirit or a snowy winter holiday early next year… 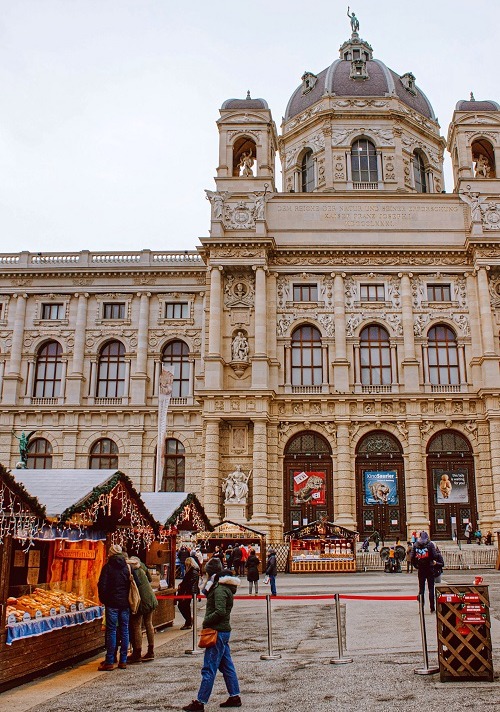 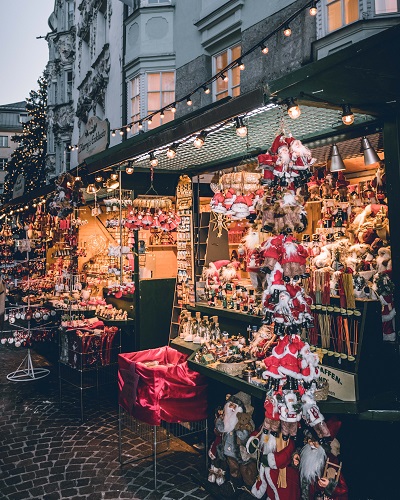 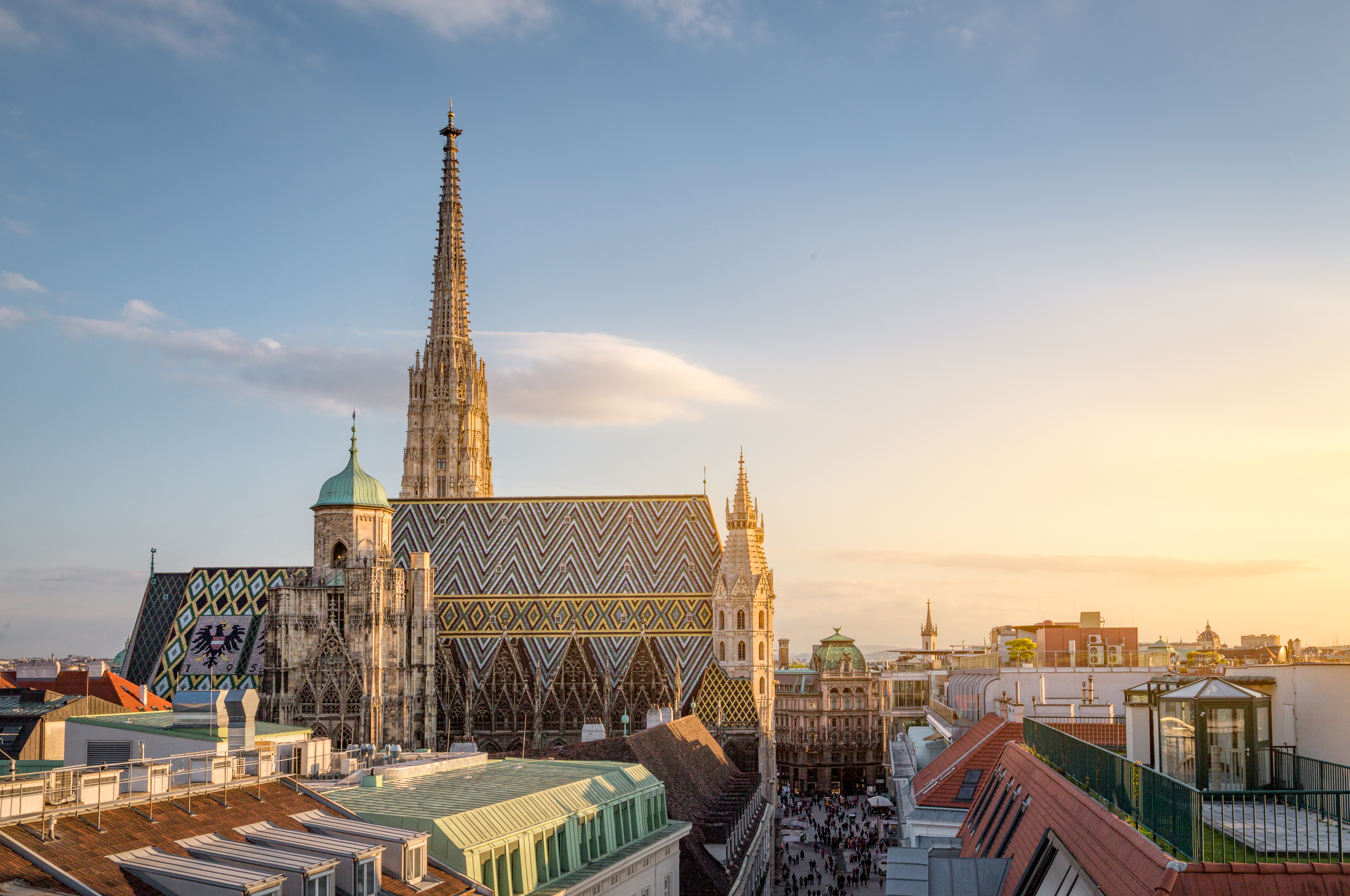 One of the world's most romantic and musical cities is Austria's capital. There is something lovely around every corner - the ideal fusion of romanticism and modernism with a few chocolate pastries on top, complete with gorgeous baroque buildings, rose gardens, and imperial palaces!

Vienna's well-known squares are transformed into lovely Christmas markets throughout the Advent season. They may be found all across Vienna, where you can shop, take in the scenery, or sip on some authentic Punsch or Glühwein.

Vienna is considered one of Europe's most picturesque capitals for a reason. It's appeal is understandable given its gorgeous architecture, great museums, rich musical heritage, and vibrant art scene. You will quickly understand why Ludwig van Beethoven, Sigmund Freud, and Wolfgang Amadeus Mozart chose to call Vienna, which houses approximately one-third of Austria's population, their home.

→ find all our boutique hotels and B&Bs in Vienna here 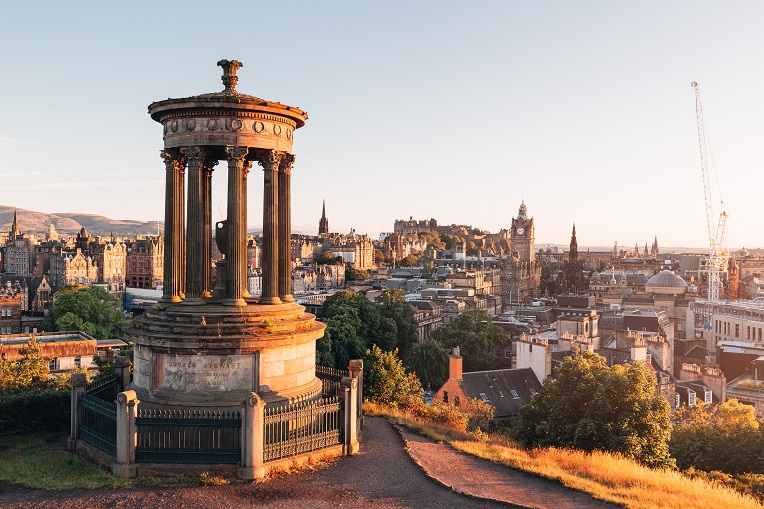 One of the most stunning cities in the UK is the capital of Scotland. For its hilltop castle, cultural attractions, medieval streets, and fantastic dining, shopping, and nightlife scenes, it's worthwhile to pay it a visit. Edinburgh is a picturesque medieval town with lovely streets, delectable cuisine, and lovely people. Did you know that the first city to be selected as a UNESCO city of literature was Edinburgh? As a result, it shares similarities with other authors including J.K. Rowling, Robert Burns, Walter Scott, and others. In the fall, the city truly turners into a magical place when leaves turn orange, red and brown and you can watch them slowly fall while sipping a hot chocolate or tea from one of many cozy cafés.

→ find all our boutique hotels and B&Bs in Edinburgh here 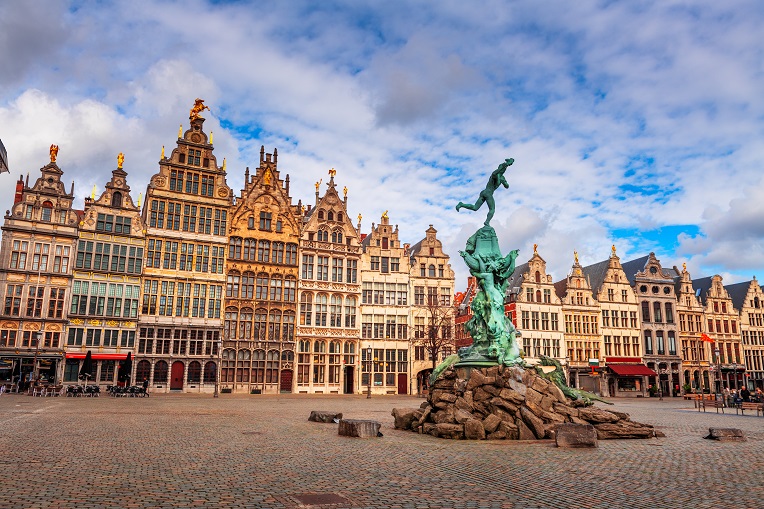 You should not travel to Antwerp to only partake in the waffles and mussels tradition.

However, this little cosmopolitan city on the River Scheldt, with a population of just under half a million, is ideal for a cultured city break intermingled with walks down cobblestone streets, bike rides, clean-lined architecture, and clinking glasses in the late afternoon light.

It is, happily, a city for its residents rather than a destination that has turned into a destination for tourists. Weekend visitors will appreciate its interesting museums and galleries, the developing global food scene, searching for street art and sculptures, as well as savouring some of Belgium's best beers in hip bars and classic cafés.

While a few of its neighbours to the south offer pre-packaged clichés, Antwerp just presents itself as cool, straightforward, and with a continuing conversation between its former port-side wealth and new urban viewpoints.

→ find all our boutique hotels and B&Bs in Antwerp here 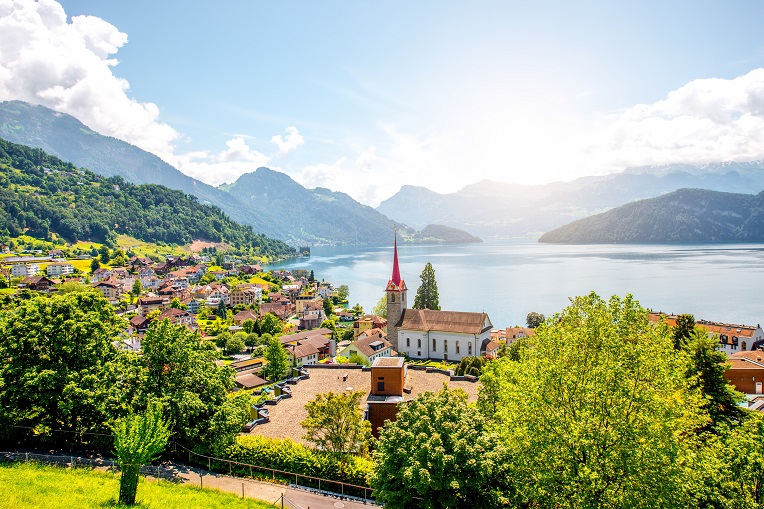 The charming city of Lucerne, located in the heart of Switzerland, is home to all three: beauty, history, and art. Lucerne, which is perched on the shore of Lake Lucerne and with a backdrop of mountains, is a spot to unwind and take leisurely strolls between attractions. This city is only a short ride away if you're in Bern or Zurich,  but it deserves more than just a day trip as it has so many things to offer.

→ find out more about Lucerne region 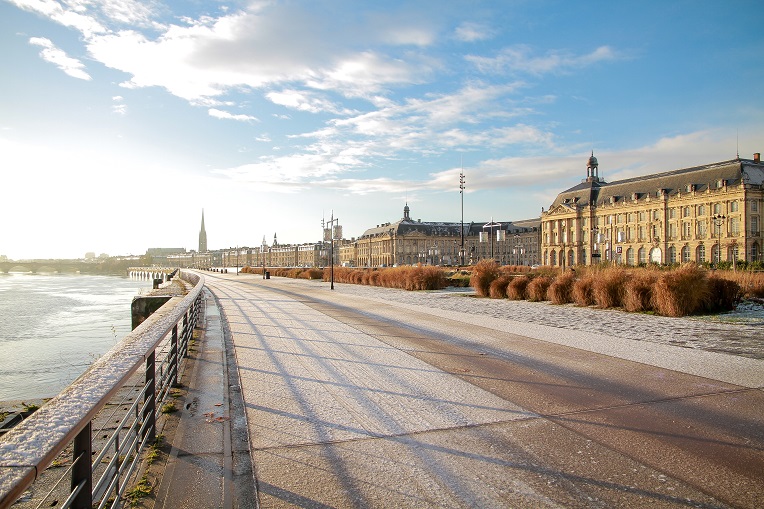 We'd like to recommend Bordeaux as another French treasure if you're searching for a taste of Paris without the city's insanely packed tourist-filled streets. With its rugged stone walls and regal, high-rise structures, the entire city of Bordeaux has a fairy-tale-like aura. It is easy to understand why it is a UNESCO World Heritage Site, and visiting truly makes you feel as though you have entered a storybook. Distinguished by its magnificent architecture, accessibility for day excursions into the near French countryside, and of course, its well-known wine. And there is something for everyone, whether you're a foodie, want a taste of life outside of Paris, or just want to relax in the sun.

→ find a place to stay in beautiful Bordeaux 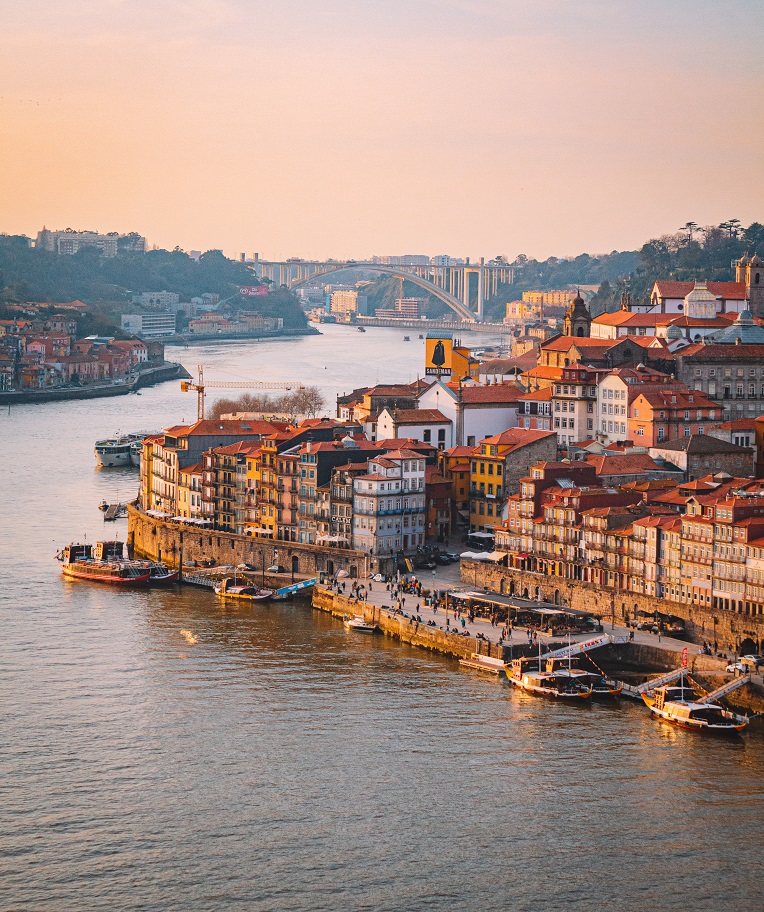 The beloved northern counterpart of Lisbon, Porto, is renowned across the globe for its port cellars, vibrant homes, and hillside beauty. Enjoy leisurely strolls through its neighbourhoods and enjoy the splendid views over the Douro river. Porto will satiate desire to travel, whether it is while drinking hot coffee in a bookstore, riding the funicular, or taking in the view from the Dom Luis Bridge.

→ here is where to stay in Porto

The northwest Italian region of Piedmont is a mountainous region, as indicated by its name (foot of the mountain) and borders with France and Switzerland. With the highest peaks and biggest glaciers in Italy, the Alps that encircle it on three sides are home to some of the best skiing destinations in the world, including Sestriere, Bardonecchia, and Limone Piemonte.

It wouldn't be a stretch to say that the area is a haven for connoisseurs of fine cuisine, wine, and culture. We especially advise sampling the renowned white truffles and the superb Barolo red wine. Explore this lovely area while selecting from our exceptional collection of the top boutique hotels, luxury hotels, catered apartments, and true agritourism in Piedmont. No matter your preferences or price range, we will help you find that perfect accommodation for you. 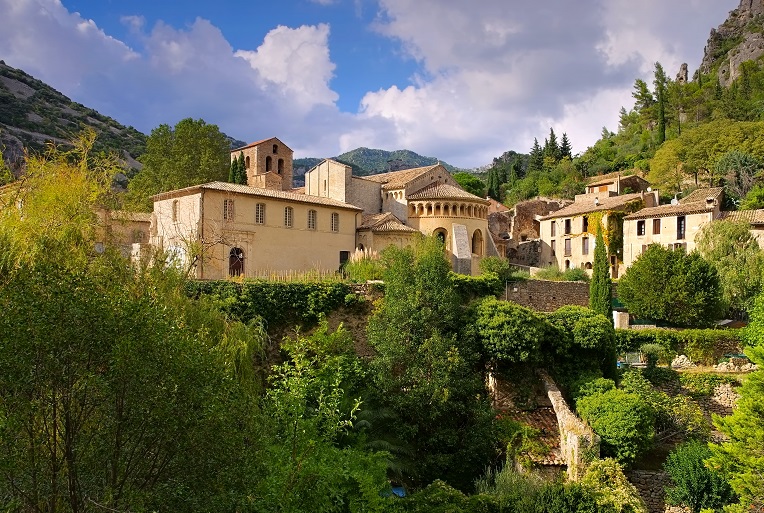 The region of Languedoc-Roussillon charms visitors with its peculiar Mediterranean appeal. Located in the extreme south of France, Languedoc-Roussillon has a land area of 27,500 km2 and 2.3 million permanent residents. It is bordered to the south by the Pyrenees, Andorra, and Spain, and to the north by the Auvergne. From the Spanish border to the Camargue, it features a 180 km long sandy Mediterranean coastline. The greatest wine-producing region in Europe is located in Languedoc, which is also known for its leisurely pace of life. 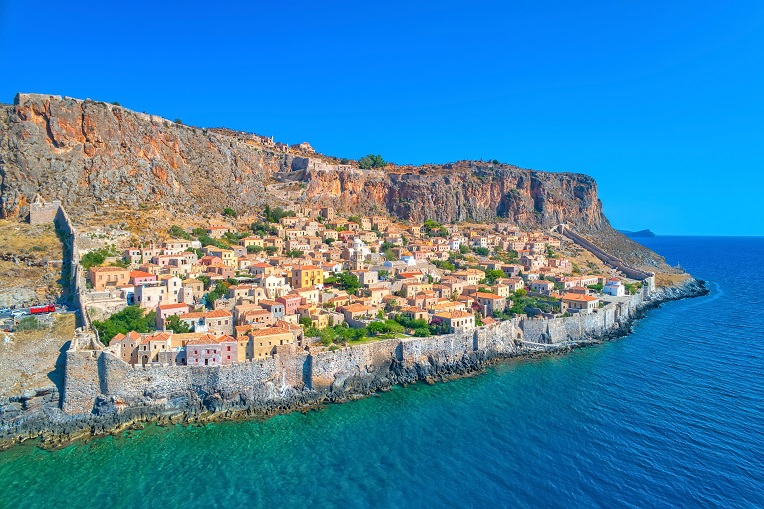 The cultural riches and natural beauty of the Peloponnese can hardly be overstated. Since the Corinth Canal was created, this southern peninsula - now officially an island - seems to have the finest of nearly everything Greek. The best-preserved Greek theatre is at Epidaurus, and other ancient landmarks include the beautiful sanctuary of Olympia, which served as the venue for the Olympic Games for a millennium, and the Homeric palaces of Agamemnon at Mycenae and of Nestor at Pylos.

In addition to having such an abundance and concentration of cultural landmarks, the Peloponnese is a wonderful spot to unwind and roam. Its beaches, particularly those on the west coast and in the famous Mani in the south, are some of the best and least developed in the nation, and the inland scenery is stunning, with wooded mountains and some of the most beautiful rivers in the world.

→ discover your ideal place to stay from our collection in Peloponnese

A few recommendations on where to stay: