This is the first of a series of 4 posts about 4 little paradises we found during our recent trip along the coast of Southern Bahia in Brazil. Trancoso is the only one that is a bit more known, at least in Brazil. The other three (Caraíva, Algodões on the Península de Maraú and Boipeba) are absolute secrets and wonderful discoveries.

South Bahia’s coast, is certainly one of Brazil’s most beautiful and untouched coastlines, if not of the whole world. It stretches over 700 km from just across the bay of Salvador, Bahia, to the border of the state of Espírito Santo. The most beautiful places include Caraíva, Boipeba & Moreré, Península do Maraú, Serra Grande and Ponta do Corumbau. Also wonderful, but already more famous, are Trancoso, Itacaré, Morro de São Paulo and Barra Grande. Trancoso is about 35 km south of the airport of Porto Seguro (when using the ferry boat to cross to Arraial da Ajuda).

Trancoso, founded by Jesuits all the way back in 1586, had been left untouched until it was discovered by a group of hippies in the seventies. Until the early 2000s it was no more than a few cottages facing a large earthen square, which still exists and is now called “Quadrado”.

The town has meanwhile greatly expanded inland, but the historic centre has not changed much, although the former fishermen houses are now ‘inhabited’ by restaurants and boutique ‘pousadas’. Trancoso lies magnificently above a cliff at whose foot a mangrove forest divides it from the stunning coconut lined beaches.

The trip to Trancoso

Everything is great, maybe with the exception of the road when leaving Arraial da Ajuda after having taken the car ferry. The road not only has the unexpected bumps called “quebra molas” (spring crackers), but also quite a few pot holes for the first 10 km. Drive carefully. It gets better after that stretch.

The “Quadrado” is the most famous place in Trancoso. When I first came here 25 years ago, it was still the village’s main square. Now it is more frequented by tourists, but it has not lost its charm. This is true for all of Trancoso, which has retained most of its charm even with many more pousadas and luxury resorts having opened in the last few years. 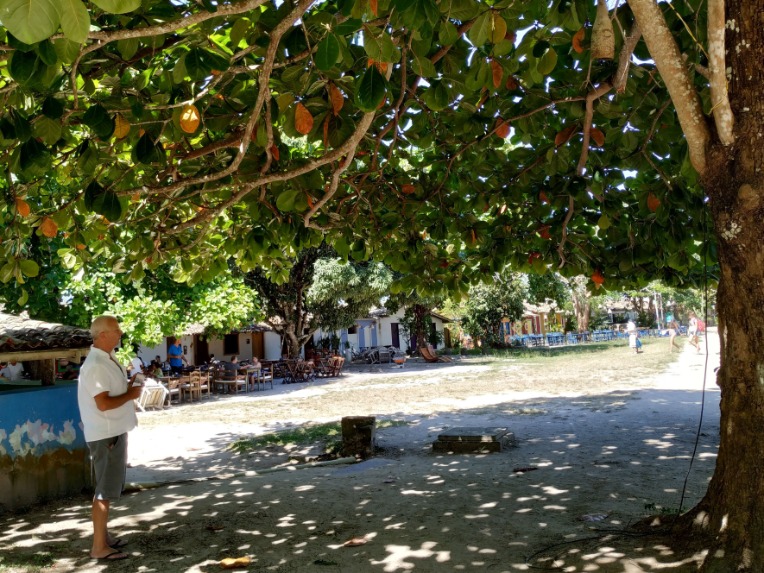 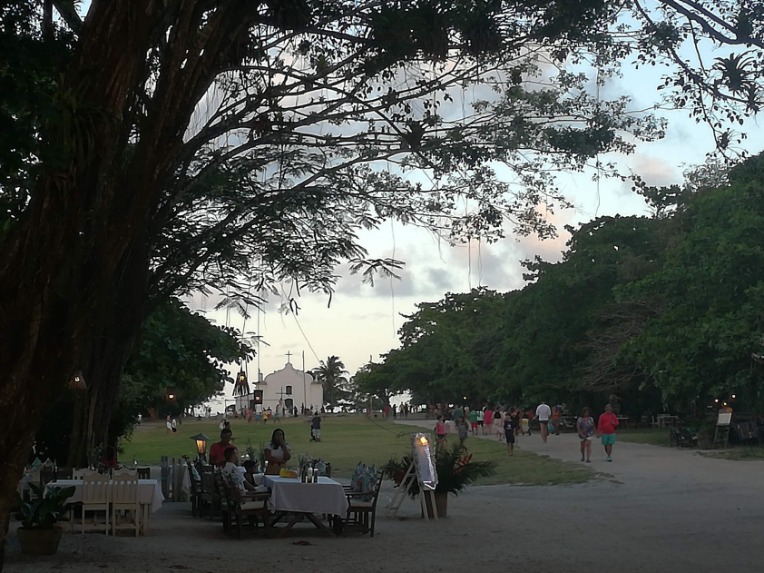 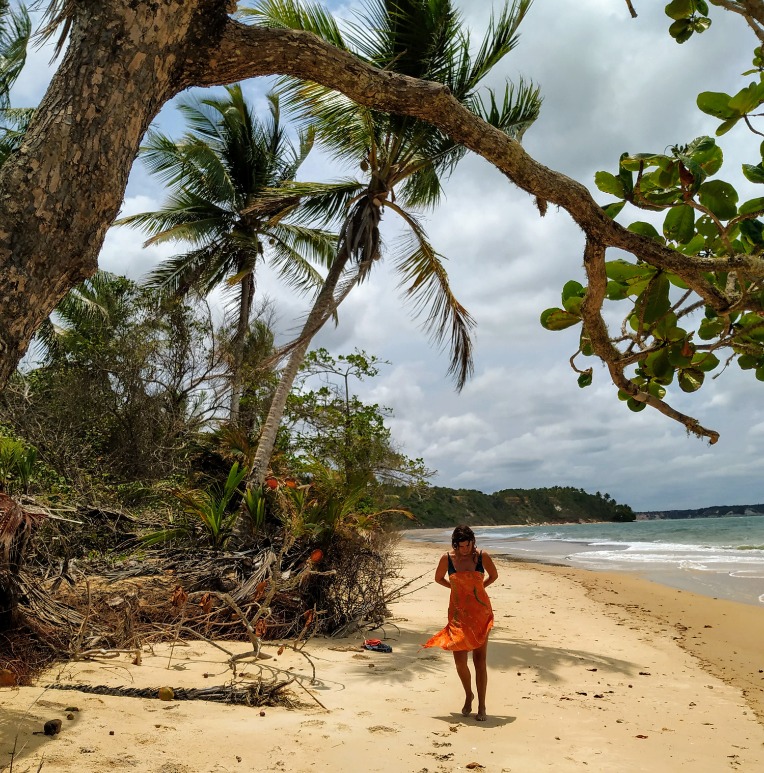 Near Praia do Espelho, one of the most spectacular beaches of Bahia, half way between Trancoso and Caraíva

Pousada Soleluna – small boutique hotel with spacious and beautifully decorated apartments and rooms, magical tropical garden with two swimming pools. It is our favourite pousada in Trancoso and has an ideal location a bit outside of the busy Quadrado - Moderately priced 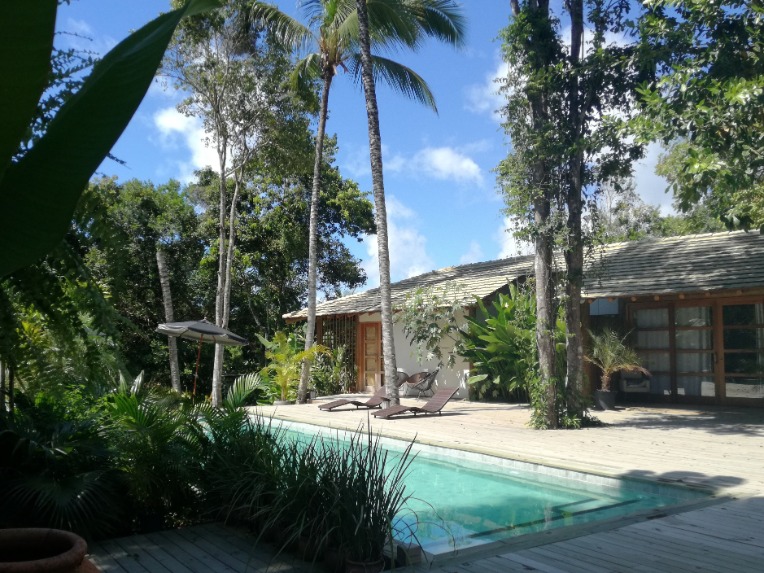 Pousada Seis e Meia – right in the centre of town and not far from the Quadrado, the Pousada Seis e Meia is a delicious little jewel of a hotel. It stretches from the road inwards with the spacious rooms, each with its own terrace set along the path. The garden, swimming pool and public areas are at the end of the property. Although the gardens are not huge, it is perfect to relax on days you want to avoid the beach - Moderately priced 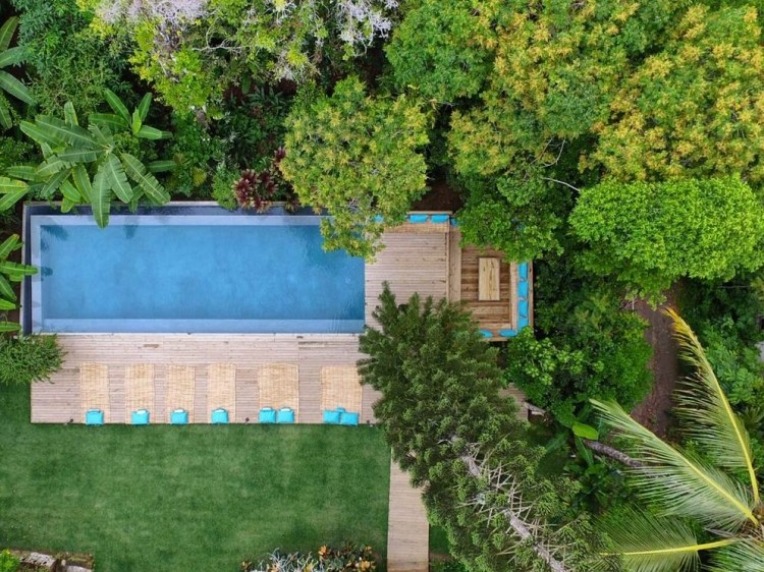 Pousada Bahia Bonita – privileged location directly on the beach, just at the bottom of the cliffs below Trancoso - Expensive 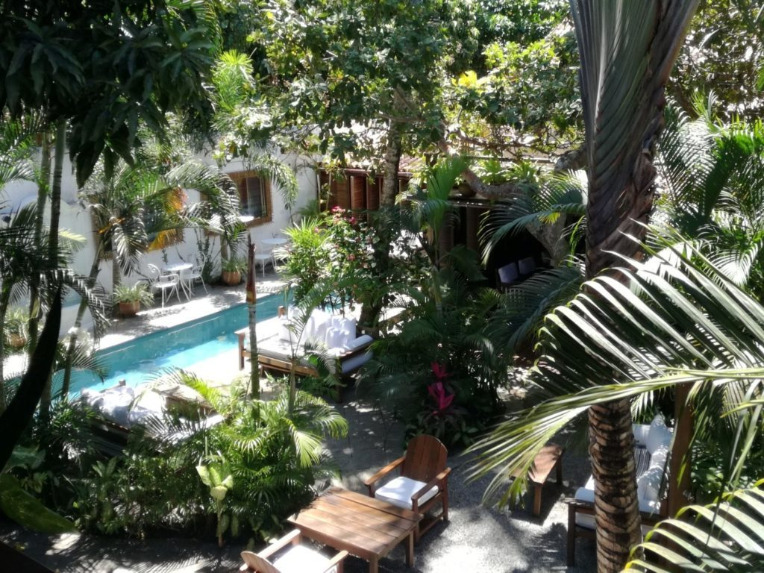 Where to eat and go out:

Elma’s Acarajé, standing at the entrance of the Quadrado, has the best acarajé in town. Acarajé are made out of a bean paste that is then fried and filled with shrimp and vegetables. Delicious. 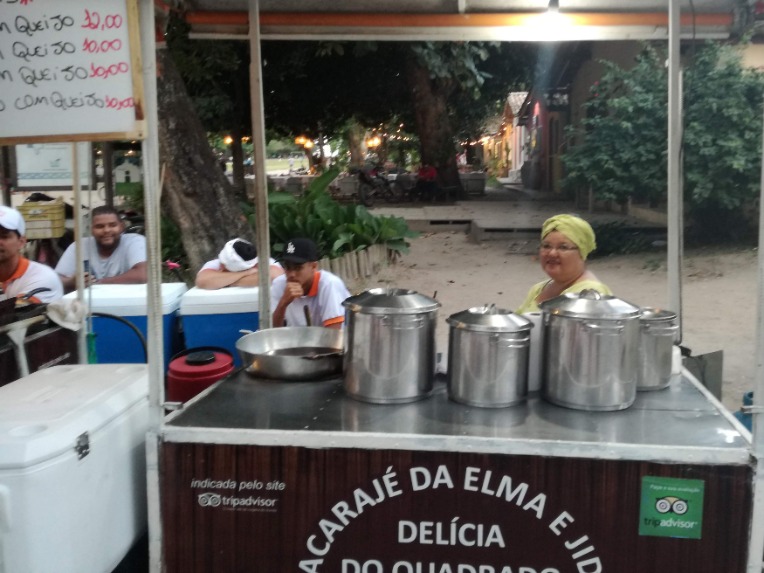 The Restaurante Rabanete Trancoso is a self-service “pay per weight” restaurant right on the Quadrado, but it is very good and inexpensive. Brazilian cuisine. Open only for lunch. 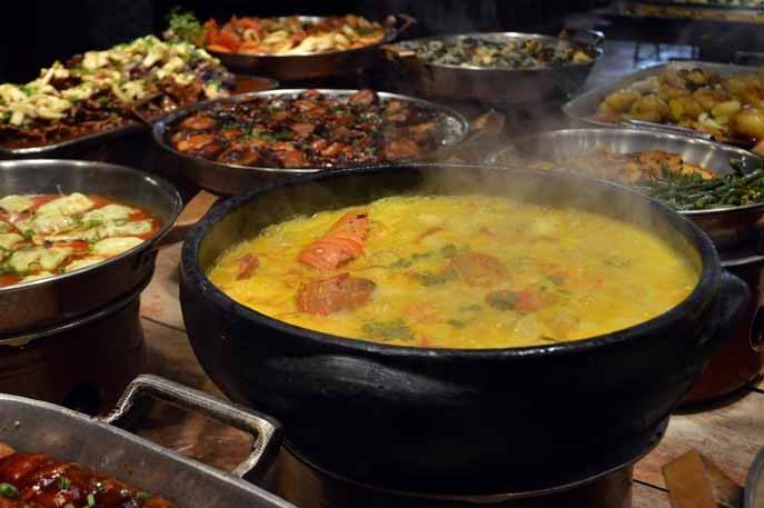 If you want a change from moqueca and fish, try the Cantinho Italiano for some very good Italian cuisine, especially the wood oven pizzas are delicious. Located in a lively area between downtown and the Quadrado. Moderately priced.

The Restaurante e Bar Zucca is also a good option to savour Brazilian and Latin American dishes. It is not too far from the Quadrado, in a lively little street just across from the Cantinho Italiano.

At the beach try the queijo de coalho, a grilled cheese from the vendors walking along the beach with a bucket of hot coal and some fresh água the coco.

To avoid the rainy season, from April to June, as well as the crowds in summer, we recommend travelling between the ends of August until just before Christmas.

How to get there:

The best connection is flying into Salvador, Bahia or also Belo Horizonte in Minas Gerais and from there on to Porto Seguro. Most flight connections go through São Paulo, but this means quite a detour and more flight hours. From Porto Seguro take the car ferry to Arraial da Ajuda and then south to Trancoso (about 35 km).

You hear a lot about safety problems in Brazil, but I must admit that we felt completely safe during our whole 900 km trip through Bahia and did not encounter a single situation worth mentioning, on the contrary. Precaution though is always good, meaning don’t walk around with valuables shown openly or go through unattended dark streets or alleys if you don’t have to.