The prosperous region of Emilia Romagna takes its name from Aemilian Way, a road built in 187 B.C. connecting Rimini to Milan. It may not be as well know to the outside world as some of its illustrious neighbours (Tuscany, Lombardy and Veneto) but some of its cities certainly are: who hasn’t heard of: Bologna and Parma for example?
It is also a region built for the vacation minded. Washed by the Adriatic Sea and bordered by mountains and a rich historical heritage it seems to have a bit of everything: beautiful natural attributes that take in the sea and mountains, art and culture. It even boasts one of the oldest universities in Europe – Bologna. Geographically, the region falls into two areas - the Apennines and the large plain, which reaches out to the Adriatic Sea.
The coastline is flat and sandy, with a typical lagoon and marshy area (the Valli of Comacchio).

Choose from our romantic hotels and boutique hotels in Emilia Romagna including Bologna hotels, design Hotels, bed & breakfasts, Parma hotels amongst others. Whatever your taste, we’ll help you find that perfect getaway.

Emilia-Romagna is famous for its cuisine and is considered by some to be the gastronomic capital of Italy. Parma ham and Parmesan cheese are just some of the delicacies this interesting region has offered the world. 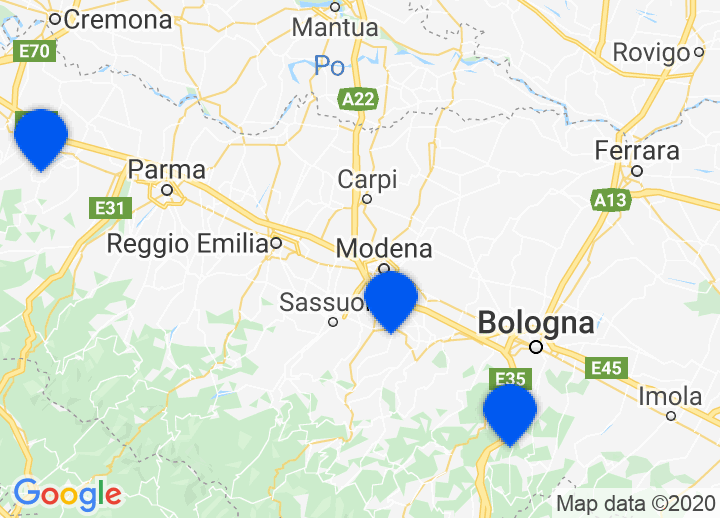